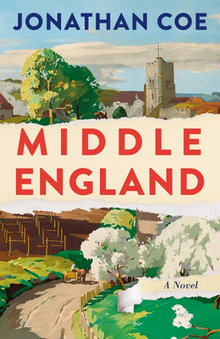 This is an exceptional book, it is funny, interesting, sharp and beautifully written.

The main theme is one of the most overwrought topics ever: Brexit.

How does a writer get anyone to read their material, first they make it personal, real and immediate, then they have a very tight but clever plot, bringing in contrasting characters add in the element of comedy and give the book a good chance of being appreciated?

In Middle England, there are children’s entertainers having fist fights, spin doctors completely loosing their grip on reality and finally astute observations of the ridiculous and sometimes tragic lengths people go to when politics looses its grip on reality.

It is the most refreshing read about Brexit. It will allow you to laugh, to appreciate how the whole situation became such an embroiled issue, and yet leave it leaves this reader hopeful.

No matter what opinion you have about Brexit you will have to laugh, it will give perspective and understanding as to some of the modern curses of racism and xenophobia and the scourge of political correctness. In the end, laughter is the best medicine. 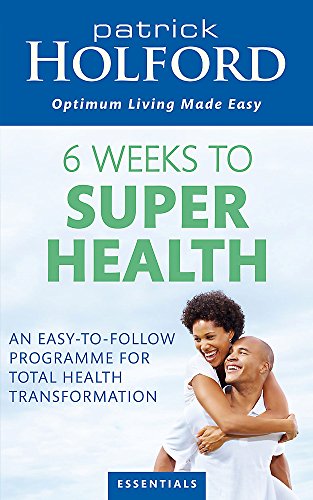 I enjoyed this book because the book starts off by asking how healthy we are with a questionnaire about your health.The basics of good health are explained firstly about your diet and how having a good diet is an important part of staying healthy, getting adequate exercise and how taking certain supplements can support your overall health.

This book gives great advice on how hormones play an important role with a hormone balancing action plan, and on how to boost your immune system with vital nutrients explaining how each one plays it’s part in keeping you healthy, as well as some great healthy recipes to try. Recommended. 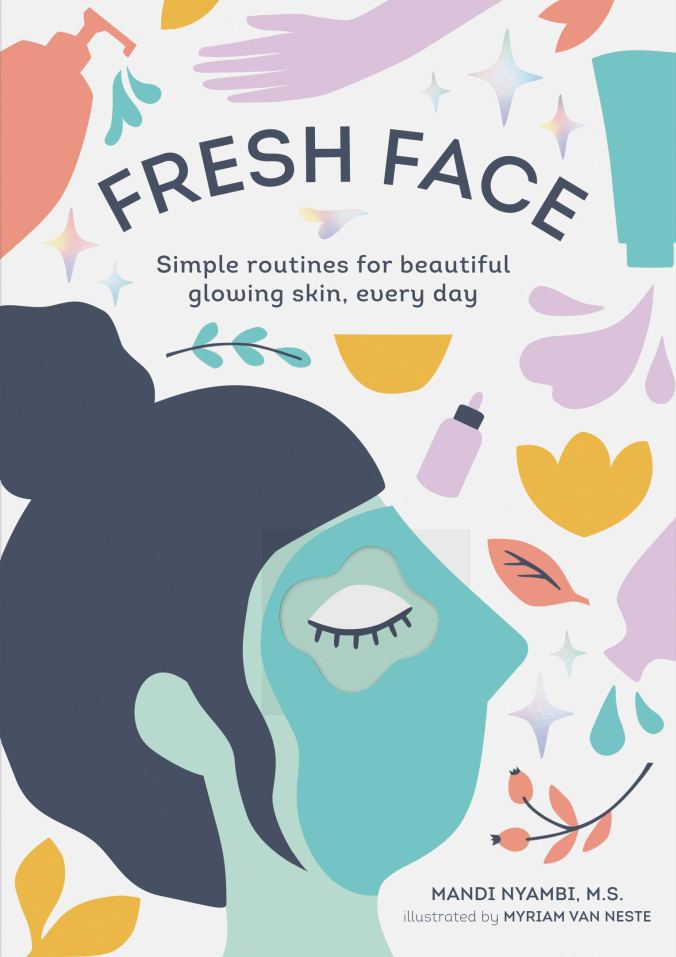 A great read with lots of information starting with the different skin types, explaining how to look after your skin depending on which type you are. How your diet can have a big impact on your skin.how beauty starts from within and how different nutrients can have amazing benefits for your skin.

Prioritizing your bedtime routine and throughly cleans your skin before bed each night is a very important part of skincare. This book explains the many different types of skin cleansers to use and which type is suitable for your skin.

With lots of tips to keep  your skin in tip top shape when travelling on long flights, or for when you just need a pick me up, this book has all the information you need to keep your skin in great condition.

This book also fits nicely into your handbag so it’s a great book to read on the go. 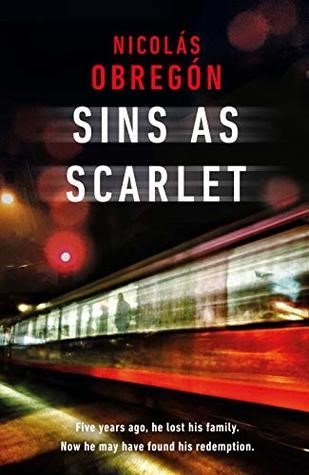 Kosuke Iwata, former detective with the Tokyo Police Department,  has returned to LA, where he grew up, and is now a private Investigator.

Meredith Nichol has been found strangled on lonely train tracks behind LA’s skid row. Iwata knew her, and is persuaded by her mother to search for her killer.

That hunt will take him through LA’s seedy backstreets, from the world of transgender hate crime to a world of corruption and exploitation at the Mexican border.

This is a dark thriller, the plot at times, and especially towards the end, a little too complicated. Having said that this is a gripping read, with Iwata a compelling and complex character haunted by his past. The story moves from   LA, to the equally squalid quarters of a corrupt Mexican town and the dangers of the desert wastelands. Iwata is a captivating character, brooding and damaged but driven by a need for truth and justice.

This book is a follow up to Nicolas Obregon’s Blue Light Yokohawa. It gives us more of Iwata’s backstory and more insight into his complicated relationship with his mother Nozomi. Throughout the book and almost like a story within it, is the story of a young Nozomi  growing up in 1970’s Tokyo, and  her tragic past.

I really enjoyed this book that is both a classic and very contemporary crime novel, with its striking and all too human central characters and hope there will be more in the Iwata series. 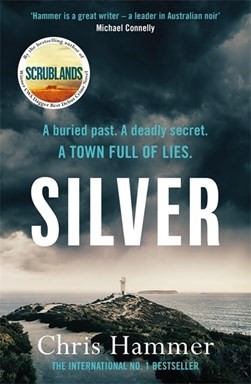 Journalist Martin Scarsden returns to Port Silver, the town he fled as a teenager, to make a fresh start with his partner Mandy. But he arrives to find his childhood friend murdered – and Mandy is the prime suspect. Desperate to clear her name Martin goes searching for the truth.

In this, the second novel from Chris Hammer, we once again see Martin, relentlessly chasing leads, this time with the more personal task of proving his partner innocent.  Still the journalist racing to beat the others to the “scoop”,   more and more he finds himself questioning the impact his stories have on those closest to him.

The more involved he becomes in the chase the more memories return to him, and he is forced to confront the truth of those memories.

This thriller has it all – a gripping , page -turning plot that moves seamlessly between past and present, a compelling lead character bombarded  by childhood memories and difficult choices. It is an intensely written intelligent thriller. I couldn’t put it down!

You can reserve a copy online at South Dublin Libraries catalogue here. 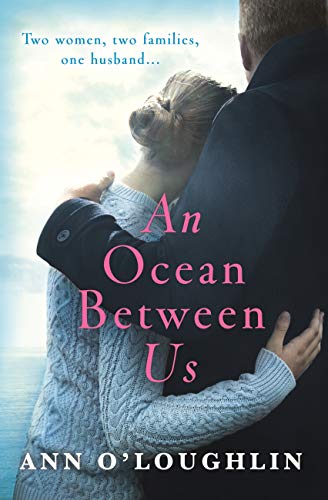 This book is based on the story of a man who lives a double life in two different countries. When he is killed suddenly in a car accident, his girlfriend slowly learns of his other life.

Keeping you in suspense until near the end, it is an emotional page turner. Well worth a read! 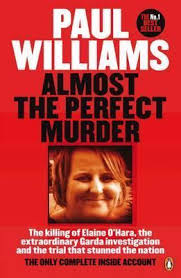 This book reads like a novel,a thriller. Unfortunately it’s not.

It tells the tragic story of the murder of Elaine O Hara. The book details Elaine’s battle with mental illness and goes on to tell the story of how she crosses paths with a man which eventually leads to her murder.

If you want a book that you will find hard to put down, this is the book. The writer did a great job in telling the story’ 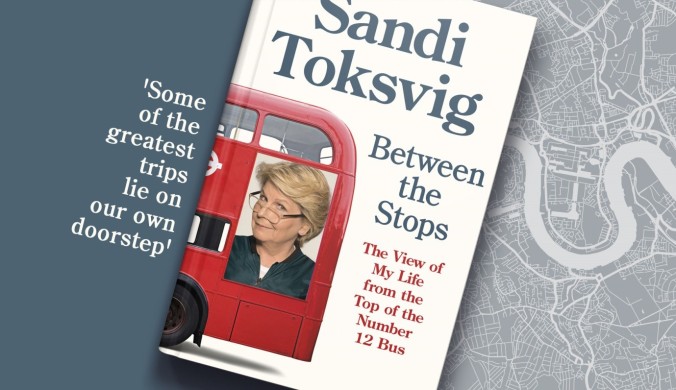 The chapters consist of thoughts that occurred to me as I travelled and about places that appealed to me as I stared out the window.”

Sandi Toksvig loves taking the No 12 bus, the chance it gives her to delve into London’s history and to dip into her own past.

She loves the anonymity of the bus, the different people who get on and off, the way the journey can change depending on the weather.

She is drawn to what is outside, whether it is a building steeped in history or a quirky sign above a shop.

This is a delightful book, a quirky ride through London, Amidst the historic references there are snapshots from Sandi’s life , her childhood, her love for her father, her love of books, her varied career. There are hilarious anecdotes, and also achingly sad and lonely recollections.

It is a refreshing, humorous, immensely interesting, and ,at times, poignant memoir.. I loved it! 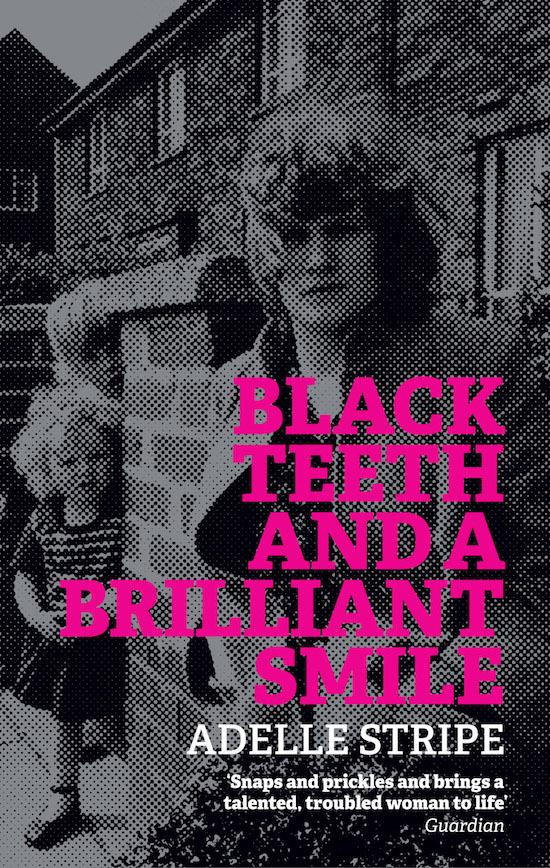 Adelle Stripe’s Black teeth and a brilliant smile is the fictional biography of Andrea Dunbar, a young playwright from the Buttershaw estate in Bradford who died from a brain haemorrhage in 1990 at the age of 29.

In school, Careers advice told her she “ could be a shop assistant, mill worker, nanny or hairdresser. “But I like writing. It’s the only thing I’m good at.” she said. “There’s no jobs for writers in Bradford” “At least, I knew where I stood.”

Her talent for writing was discovered by the English and Drama teacher. He told her to write about what she knows. “I already have pads full of writing at home” she says.    In his class she wrote a play for her CSE and got an A grade. This will become The Arbor, later a sell-out play in the Royal Court Theatre in London and in New York.

When she was 18 she wrote Rita, Sue and Bob too which was made into a film in 1987. All her plays, including her last one, Shirley, depicted life on a council estate in the Thatcher era. Andrea wrote about what she knew, without sentiment or judgement but with great humour. She said “I’ve got to see how I want to see it, And not as they do. I need that. My view, not their view…”

She comes across as a cheerful, blunt, hard-working, talented and funny young girl, trying her best to live and write on a working-class estate in 1970s Britain.

Adelle Stripe paints a portrait that is true to its subject, her family and the Buttershaw Estate she loved and depicted in her plays. 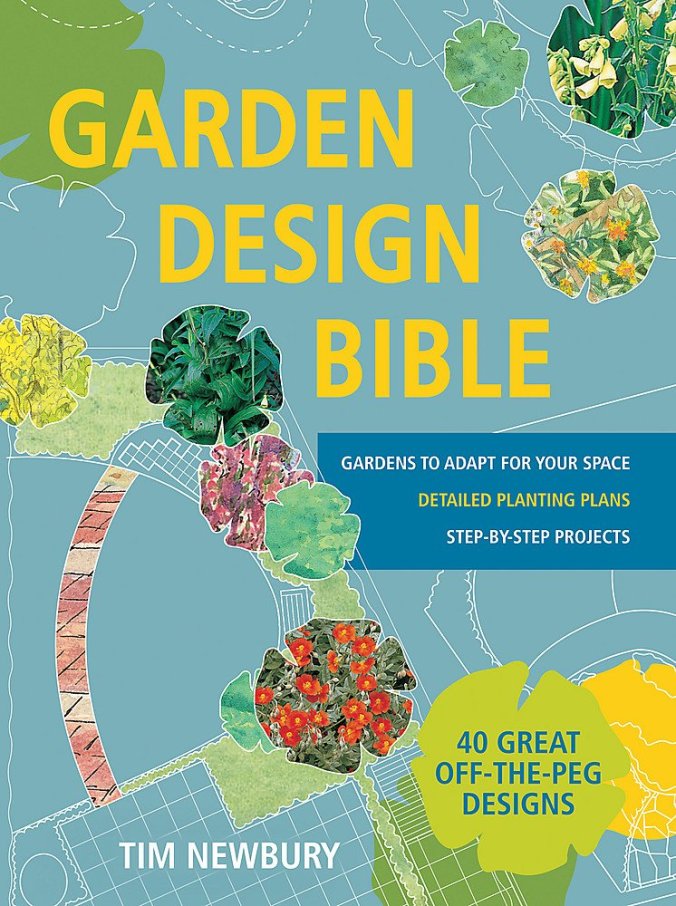 Blurb:
Do you dream of transforming your back garden into a romantic retreat? Would you like to make a modern-day Utopia on your balcony? Is your ideal outdoor space a minimalist design with easy-to-care-for plants or a family garden with room to grow culinary herbs?

Whatever your desire, the Garden Design Bible has a plan that you can adapt to your own space. Choose from 40 off-the-peg designs, or mix and match elements from several to create your ideal garden.

Each of the designs is fully illustrated and has a comprehensive plant list and planting diagram. With a huge range of plants, styles and uses, this inspirational yet practical book is the next best thing to hiring a gardener!

Review:
I liked this book because at the beginning it gives you 40 different garden designs for you to choose from then, depending on which garden you choose it gives you suggestions on which plants to plant and where to plant them. With full colour pictures it shows you how your garden should look following instructions. I would really recommend this book for anyone who loves gardening and wants to create their own garden design.