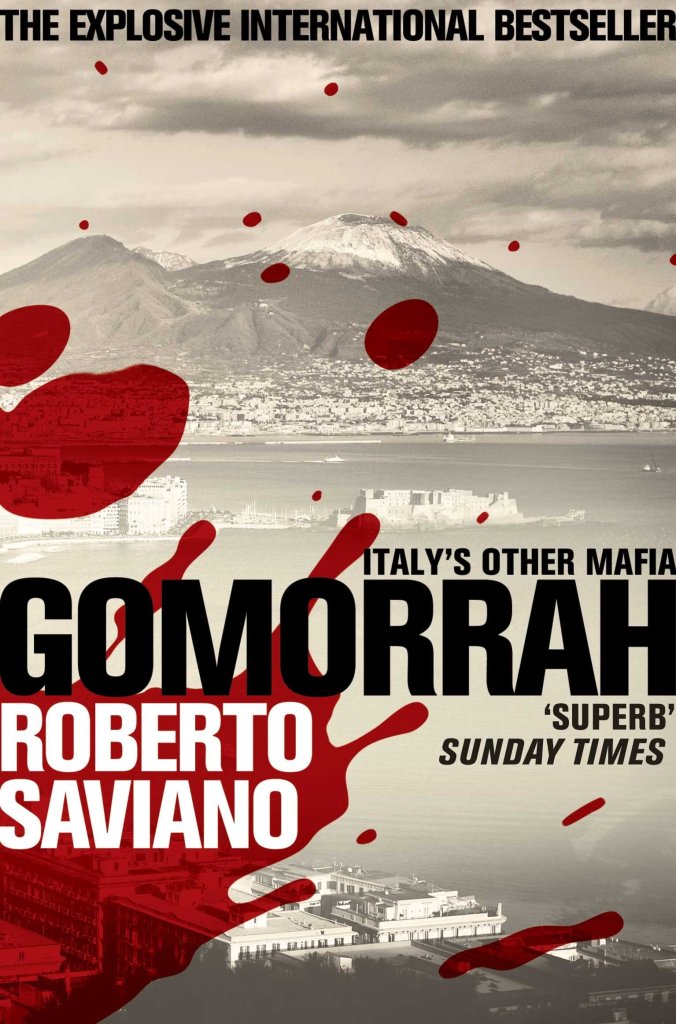 This non-fiction book about organized crime in the Naples region of Italy and the region of Campania is part of the inspiration for the movie and tv-series of the same name. Saviano, a journalist and native of the region had spent several years investigating the Camorra “System”; some of it undercover working in the port of Naples and in the illegal factories. This is not a history; he does not go into the origins of the crime families or why that region more than any other in Italy is affected by crime. It’s like a review of the different aspects of the economy and society that are affected by the crime syndicates. He starts in the port, one of the major import routes for illegal narcotics and goods smuggling into Europe and then leads into illicit sweatshop manufacturers producing both genuine and counterfeit products. He also talks about political corruption and infiltration of town councils and the fact that most of them have had to be abolished by central government at one time or another.  He also deals with inter clan rivalry and warfare and how being part of “the system” the clans own term for the Camorra gives them protection and status. Those outside of this are vulnerable to scapegoating and assassination. In a largely patriarchal structure the role of women in the clans is also discussed some of whom have become clan leaders, particularly when the male members of the family are in prison.

I found this a fascinating if disturbing account of the reality of organised crime in a region where this activity is the major source of economic and social power.