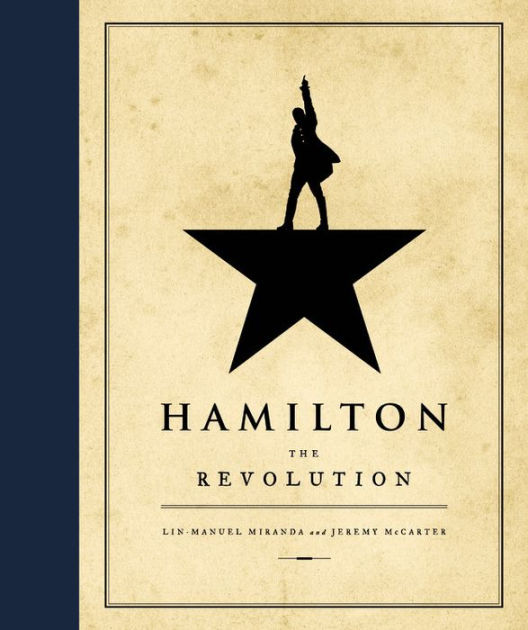 First things first – this book is beautiful. Do not, I repeat, do not get the e-book. This book is gorgeously designed to within an inch of its life and is a stunning art object in its own right, and something you need to hold in your hands.

Like most people over this side of the pond, I haven’t seen Hamilton on stage (although I may have seen a bootleg, but I wouldn’t publicly admit that, of course) but I have listened to the Cast Recording to the point that I could, if pushed, rap a lot of it. I’m in a cabaret troupe, and a couple of cast members are obsessed with the show so that piqued my interest, and I fell in love with the show and its music hard.

Hamilton, for those who haven’t heard of it, is a musical about Alexander Hamilton, former treasury secretary and contemporary of George Washington, Thomas Jefferson. I won’t spoil the story (although, it’s a few hundred years old, so could I even really spoil it) but the musical went from just another musical to a bona fide cultural phenomenon. 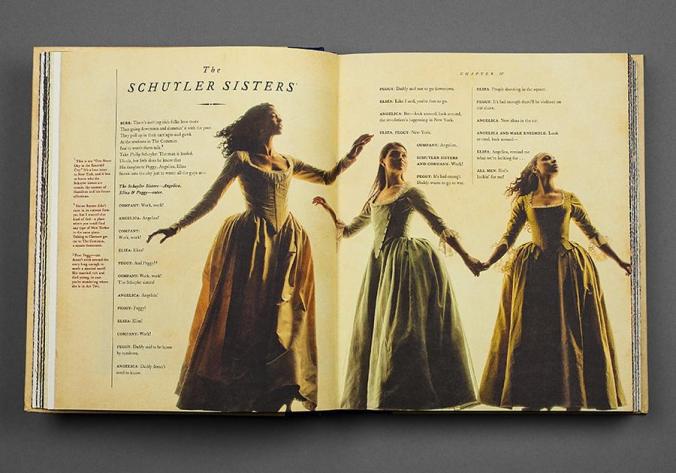 This book contains the entire libretto of the musical (which is sung-through) annotated with footnotes by its author Lin-Manuel Miranda which offer some very interesting insights about the creation of, and inspiration for, some of the songs. Couple with these are essays on the musical from inception to opening night, featuring plenty of behind the scenes info about the cast and crew. Also, I must praise the book for its stunning photography, which coupled with the aforementioned design, make this an essential for any Hamilton fan, and considering the money its raked in on and off Broadway, as well as being one of the bestselling cast recordings ever, there are plenty out there.