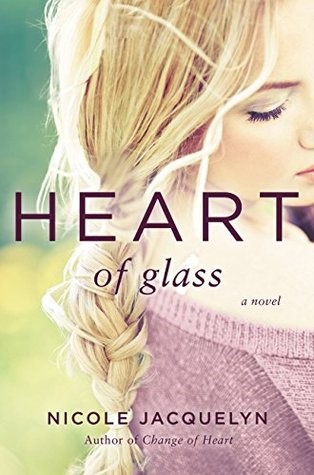 The next standalone novel from Nicole Jacquelyn about love, friendship, and forgiveness.

Henry Harris was living his dream as a staff sergeant in the Marines. When he’s killed in action, his devastated family is in for one more shock: he had a daughter they never knew about.

Morgan Riley has been raising Etta on her own, and that’s always been fine by her – until Henry’s brother Trevor arrives on her doorstep, willing to do anything to help and make up for his brother’s mistakes. Their attraction feels wrong, but Morgan can’t seem to turn him away.

Trevor is suddenly in too deep. He has always wanted a family, but Etta and Morgan come with complications. Yet as Etta brings them closer together, Trevor begins to imagine giving Morgan and Etta the life his brother never could. But he wonders if Morgan will ever learn to trust another man with her heart, especially a man whose last name is Harris.

Books one and two in this series were two of my favourite books. They both had all the feels and I could not wait to get my hands on Heart of Glass.

Trevor and Morgan have both experienced loss in their lives. Trevor has lost his brother, someone he loved and trusted. A brother who left his family a huge surprise when he died. Morgan and her daughter are the big surprise. Henry has left his pension to Morgan to look after is daughter and Morgan is expecting his family to come get it back. What she isn’t expecting is for Trevor to walk into her life. Heart of Glass is a real slow burner, with Trevor battling between his loyalty to his brother and his family to his growing feelings for Morgan. Although I’m a little clueless as to how his feelings grew so quickly with very little connection to Margan.

Why in the hell did certain people have such easy lives when the rest of us had to fight for every piece of happiness we could grasp? And then, when life was ready to give us something good, why was it so hard for the have-nots just to accept it? Why was I standing in the arms of a man I cared about, one who’d forgiven me for treating him like crap, and I couldn’t even hug him back?

Nicole Jacquelyn writes the best emotionally books that has you feeling all the feels but this book was not like the first two in the series. It didn’t have the angst and only a small amount of emotion. Yes it was an enjoyable read however the ending was a little abrupt and I would have loved to have seen an epilogue.