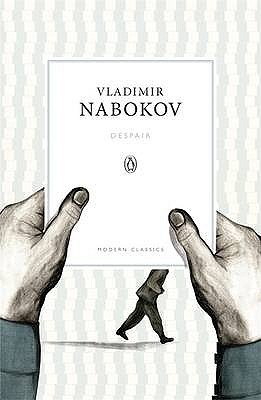 A recurring theme throughout Nabokov’s work is that of the double, of dopplegangers.

Despair is the story of Hermann Karlovich who meets a homeless man, who is his very image. A plan forms: he decides to murder him, dress him up in his clothes and abscond with his own life assurance policy.

However, like the best Nabokovian narrators, Hermann is far from reliable.

Despair is a beautifully written little thriller posited as a confession given to Mr Nabokov by Hermann. In that, there are similarities to Nabokov’s most famous work, Lolita, (unreliable narrator, murder confession).

Hermann, for all of the mechanics of his life – his work which doesn’t interest him and his wife, Lydia, his dismisses as silly and loyal (but he’s missing what’s right in front of him) – is bored. And has sought to write this book about what happened as one of his great artistic achievements. And that’s what the book is about in a lot of ways – the artist; how he creates, and what he misses by saying one thing over another.

A fascinating little clockwork box of a novel with an ending, that unlike others, I didn’t see coming. Recommended.